A big congrats to Dallas and his entire team for his album Lifted being named CCMA Album of the Year! Joey Moi’s work for producing the album, also gained some recognition as he won Producer of the Year.

Most importantly, thank you to all the fans for enjoying this album and requesting it to radio! 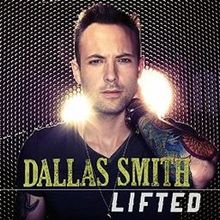