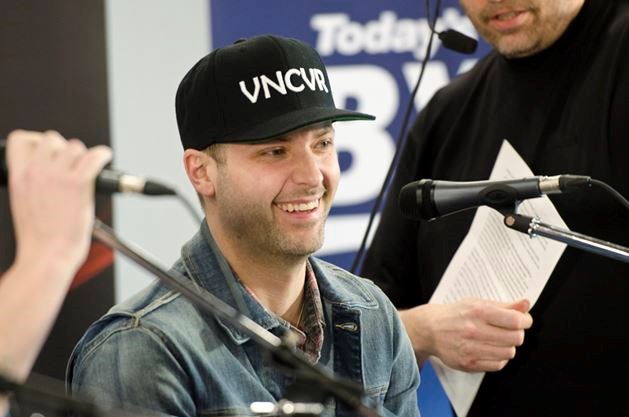 Manitoba duo Petric know one hard truth: If Canadian country star Dallas Smith asks you to come play for him, you play.

“It was nerve-wracking . . . but it was great, though — life changing,” said lead vocalist Tom Petric. “We played a song we wrote a few years ago. I think they might have heard the demo of it, so we thought we’d throw it out there.”

Comprised of Tom and his brother Jason, Petric was the first group signed to Steelhead Music, a label created by Smith and partners Alex Seif of Union Entertainment Group, and Scott Cooke, producer of acts including Chase Rice and Cold Creek County.

“We were looking for Canadian talent, to give them a chance to grow in a safe environment and not get taken advantage of by bad managers and bad contacts and stuff. I’m just giving them what I was afforded when I was just coming up out of the ranks,” Smith explained, adding it didn’t take much to convince him the brothers were just what he was looking for. “We were in right away. I saw there was a lot of growth there and a lot of talent that could be nurtured and guided along.”

The pair was in London, along with Smith, for BX93’s artist spotlight at Covent Garden Market on April 6, and treated the crowd to a couple of tracks, including It Girl, as well as their upcoming single Play It Safe.

What started as an impromptu performance in a hotel room two years ago at the Canadian Country Music Association Awards in Edmonton has developed into a valuable mentorship with one of the country’s biggest stars.

“To have probably the best singer in Canadian country music teach you . . . it’s awesome,” said Tom. “It’s been crazy, but it’s been an honour.”