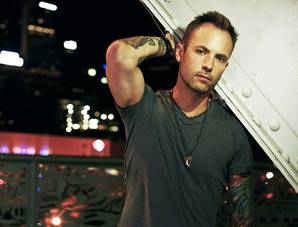 Toronto, ON (January 26, 2015) – The momentum continues for Platinum selling country star Dallas Smith, who broke another record at radio this week becoming the first Canadian male artist in the Nielsen BDS era to spend multiple weeks at the top of the Country Airplay Chart.  Holding steady at #1 for a second week, “Wastin’ Gas” is Smith’s second best-selling single to date behind the platinum hit “Tippin’ Point”. The video for “Wastin’ Gas” is also the #1 video at CMT Canada this week.

Although this is only Smith’s second full-length country album, it gets serious when you start to look at his accomplishments in the genre. A multi-week #1 radio single, Gold and Platinum single certifications, three 2014 Canadian Country Music Association Award nominations (bringing his total number to eight in just 2 years), a JUNO Award nomination, a slew of tour dates across North America including an outstanding headline performance in front of 25,000+ fans at Boots And Hearts Music Festival, and what many deemed the “performance of the night” at the 2014 Canadian Country Music Association Awards last September. At a private industry event during Country Music Week in Edmonton, AB, Smith was presented with an award from Neilsen/BDS, celebrating his achievements at radio, most notably a Canadian first where all eight (now nine) of his country singles reached Top 10 on the chart.