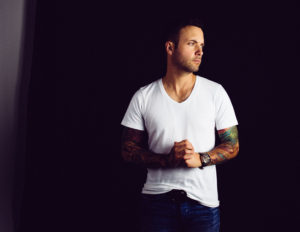 While many people are starting to think of the falling snow others are now anticipating the roar of thunder.

On Thursday evening, organizers announced much of the lineup for the 2017 edition of Country Thunder Alberta, which will take place the weekend of Aug. 18-20 at Prairie Winds Park in northeast Calgary.

Other artists who will perform over the three days include The Dungarees, The Road Hammers, The Washboard Union, Joe Nichols, and the James Barker Band.

These acts will join Blake Shelton, who was previously announced as the Sunday night headliner at the end of this year’s fest, with more names still to come.

Gerry Krochak, the director of sales and marketing for Country Thunder Music Festivals, thinks it’s the perfect lineup full of big names and up-‘n’-comers to build off of the success of the inaugural staging of the festival, which also has events in Arizona, Wisconsin and the Craven Country Jamboree in Saskatchewan.

“That’s the goal,” Krochak says of building off of the 2016 bill, which featured Tim McGraw, Luke Bryan and Big & Rich.

“The fans came out in droves last year because of the lineup and discovered a wonderful concert site and a great city festival that’s going to become a tradition now, and you’ve got to deliver again.”

Of course, there was another lineup, or rather lineups, that people were talking about during the first fest, albeit not too kindly. And those were for the lengthy, sometimes hours-long, waits for everything from age verification bracelets so you could drink on the grounds, which was entirely licensed, to those for beverage service or to the onsite food trucks.

Krochak acknowledges the problems, some of which were due to the difficulties posed by the construction and renovations being done to Prairie Winds Park, which hindered access in getting supplies to the vendors.

But he also admits some of the difficulties were inherent with a first-time festival and having to react on your feet and learn as you go — something he thinks they did and will do.

“I think we made a lot of improvements just after night one,” he says, noting the social media blasts quieted considerably over the weekend and it certainly didn’t hurt ticket sales for next year’s festival, which were available that Sunday night.

Some of those planned changes include a food court by the b-stage with more servers, more food trucks and more ticket and drinks vendors spread throughout the park, making sure the fans are slaked and satiated at a greater pace.

“I think what you’re going to see is more of everything,” Krochak says, before noting that if all goes according to plan the sophomore Country Thunder will still attract more than 16,000 people to the site.

“Any time you have that size of a crowd wanting the same thing at the same time there will be some lineups, but I can guarantee you they won’t be like Friday night last year.”

Of course, the one thing organizers couldn’t improve upon — and certainly wouldn’t if they were able — from Country Thunder No. 1 was the weather. It was possibly the warmest and sunniest weekend of the entire mainly soggy summer, something that Krochak admits contributed to the overall success of the event.

Next year? Well, we can worry about that after the snow falls.

Country Thunder takes place Aug. 18 to 20 at Prairie Winds Park in Calgary. For tickets and more information go to countrythunder.com.