The 2015 SiriusXM Indie Awards nominations were announced April 8th, and Dallas Smith is nominated for “Country Artist or Group of the Year”!

Both public and industry votes decide the winners. Fans can vote online for their favourites as of today at http://indies.ca.

The 15th Annual Independent Music Awards will be held on May 9th at the Grand Ballroom Sheraton Centre in Toronto during Canadian Music Week. 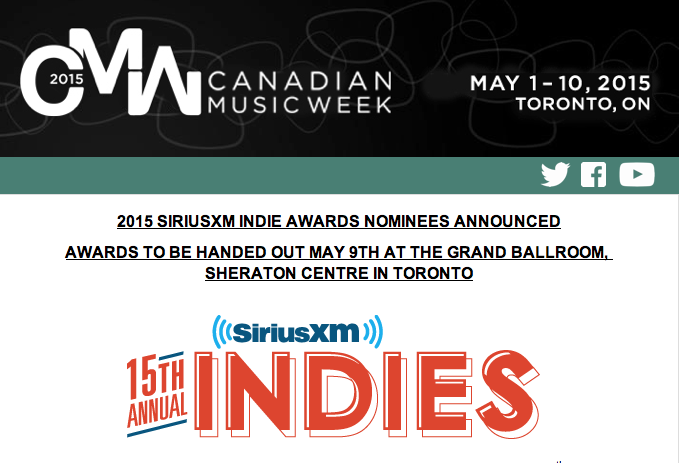